Readers, let’s talk about Canadian Geese. Specifically how they’re so mean and how they.  are. everywhere.

I know geese are not unique to the upper Midwest, yet it’s really difficult to imagine them being anywhere else because it seems like they are all living in my town. It wouldn’t be a problem if they weren’t so goddamn mean. I’d rather go back in time and endure the elementary school girls who were mean to me when I was the new kid in school than deal with the geese.

And, unfortunately, I have to. I could lock myself in my apartment similar to they way SpongeBob did when he was afraid of getting hurt outside (see clip at the end for a v moving song); however, given how long Minnesota winters are, I do enjoy getting outside and enjoying #Nature when I can. That means dealing with the geese, which make up a very aggressive part of #Nature.

Unless you’ve never seen a goose before, we all know that they’re mean. Just look at what happened to this golfer (the golfer did get too close to a nest, so maybe they had it coming?). But for whatever reason, they seem to be more aggressive this year than ever before. Which, if you ask me, is completely unnecessary. But the geese didn’t ask me to weigh in on their demeanor, so here we are.

Take this goose mama who decided to build her nest in the planter outside of my work building. It was visibly stressed as people were leaving work for the day and walking dangerously close to the large goose hissing at them from her nest. I kind of felt bad, but what could I do? When I left the building, I made sure to give the expectant mother a v wide berth as she continued terrorizing the innocent people leaving the building. 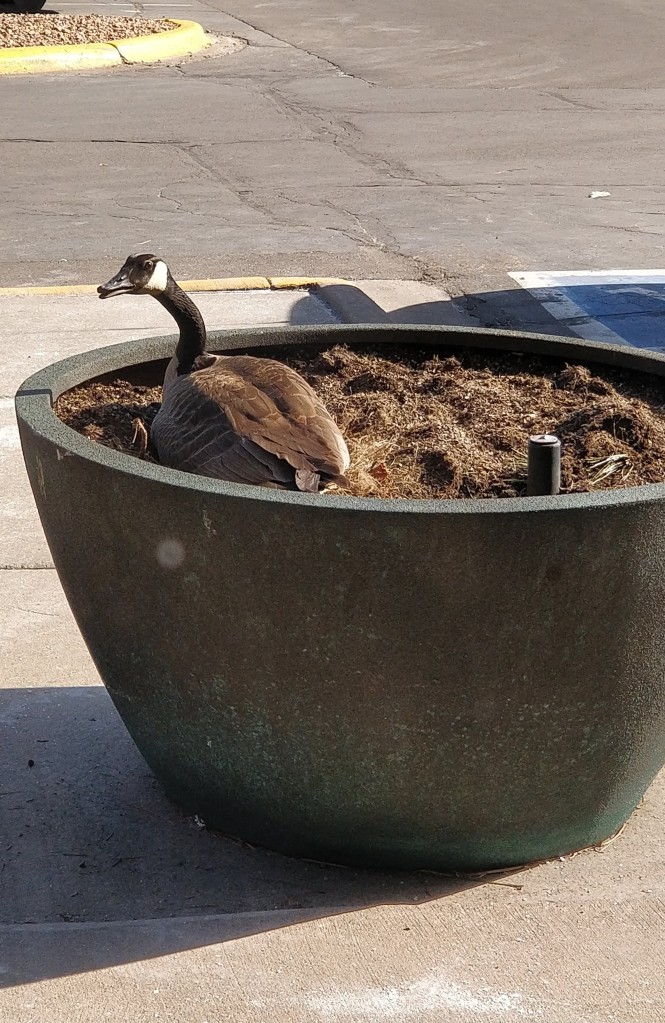 Two days later when I was back at work, the planter was roped off with stakes and caution tape. It wasn’t immediately clear to me how stakes and caution tape around the outside of the planter would prevent geese from landing in the middle of the giant flower pot, but building maintenance didn’t ask for my advice and I didn’t have the heart to tell them about their misguided attempts at goose prevention.

This is just one instance of Canadian Geese being little terrors, but if you think that’s my only example, you’re sorely mistaken.

There’s this glorious little nature trail that I consider a hidden gem in the Twin Cities. Each time I walk the short loop, I’m always amazed by the amount of wildlife I see in this park that’s nestled into such a busy area. Amazing creatures like herons, deer, ducks, rabbits, albino squirrels, bald eagles, even coyotes all seem to make an appearance when I’m out (except for the coyotes, I’ve only seen signs TELLING me that there are coyotes).

And, less amazing, are the geese. Which as I stated before, are everywhere.  It’s gotten to the point that I refer to any gaggle of geese that exceeds three in number as a gang. A goose gang. And it’s true, they act like one. Next time you see a group of geese, fight the instinct to run away and just watch them as a healthy dose of fear courses through your body. They all walk (waddle?) with this swagger like they know they’re the biggest, baddest birds around. And they’re right. 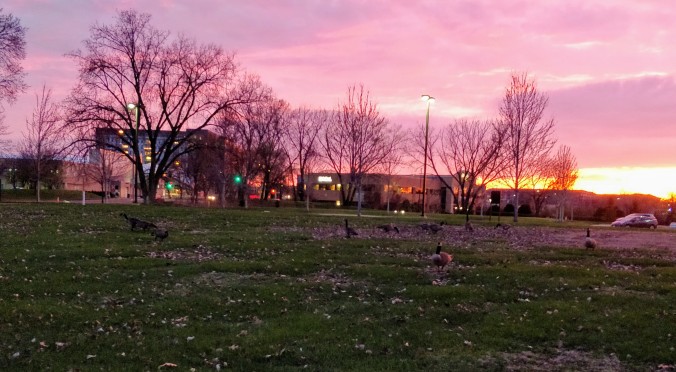 Going for a walk around this nature trail this time of year feels a lot like being a character in a video game.

Like, I’m Crash Bandicoot on a quest to get some exercise and sun, and then I’m confronted by these obstacles on my journey that are trying to kill me. The obstacles are – you guessed it – GEESE! When I see one come up on the trail, I pause and try to plot the safest route around them even though I know that there really is no winning. Walk right up against them as they eat grass and they likely won’t notice me (this time), but my heart rate spikes, causing my lil’ life meter in the top of the screen to lower a bit. Give them a wide berth and they STILL hiss at me for simply existing and I need to run for my life (and my life meter thing still goes down (is there a specific name for this? I clearly don’t play video games often…)).

Either way, if I make it back to my car after the walk without invoking a goose attack, I still barely win because I don’t gain a new life, I just get to enjoy the fact that I get to keep the one I currently have. And then I do it all over again a few days later and hope for the same victorious outcome.

Have any goose horror stories of your own? Please share so that I know I’m not suffering alone.

The moment you were all waiting for…