I never aspired to have a career in politics, but sometimes politics choose YOU.

That’s what happened to me. They start ’em young in Buffalo, New York, which is where I attended K-3rd grade before journeying Westward to Wisco. Second grade isn’t too early to start learning about the good ole American government, and so the school decided that a bunch of 7 year olds could be trusted video conferencing a member of the House of Representatives.

Below is my second grade mug shot, taken in the Year of Our Lord 1999. Honestly, does this look like a face you could trust in dealing with Congress? 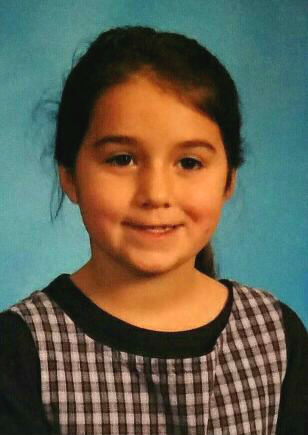 In hindsight, the answer is no. However, hindsight is lost on second graders who care more about recess than Congress, so I was voted, along a few of my other classmates, to ask a question during the video chat.

Was I selected because of the question I submitted? Maybe. Because of my undeniable charisma? LOL no, I don’t even know what that means. Was I selected because I was super loud and didn’t stop talking so everyone knew who I was and they couldn’t think of anyone else’s name to write down? We’ll never know (but yeah, that’s probably it. Cool guys).

Anyway, we practiced our questions a few times before the big day. The handful of us chosen all had ONE SPECIFIC QUESTION to ask our subject. That subject was Thomas M. Reynolds, member of the United States House of Representatives of New York, representing the state’s 27th Congressional District. Representative Reynolds was also given our questions ahead of time so that he wasn’t caught off-guard.

On the morning of the event, my second grade class was corralled into the Country Parkway Elementary school library, my classmates sitting on the floor while the other question askers and myself sat around a table facing an old-school TV on one of those rolling TV carts. 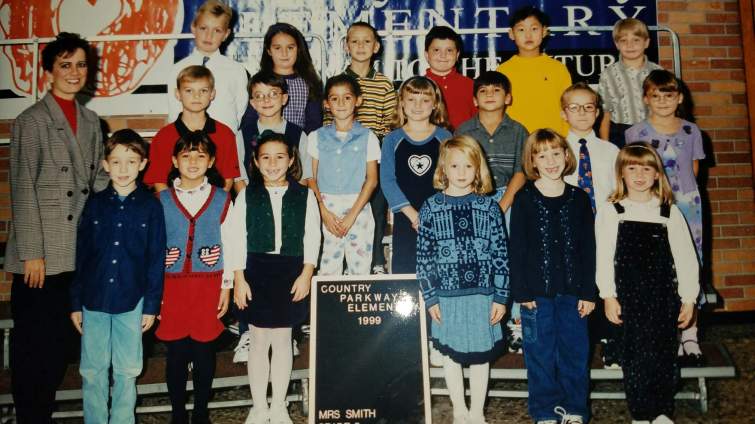 See that thug in the back-row wearing a purple jumper? She’s about to go ROGUE.

Within a few minutes the man of the hour was on the screen. Or at least, I think he was. The video quality was so poor that he was mainly a pixel-y, line-y blur of a man. There were 6 of us asking the Congressman questions, and I was sandwiched right in the middle. I held the piece of paper with my question on it in my hand, staring at it until I zoned out. From what I can remember, I was nervous so I started thinking about our impending class field trip to Niagara Falls. Then I started thinking about dolphins (because before I was a cat lady, I was a… dolphin lady).

Quickly, I combined both Niagara Falls and dolphin thoughts together and became very upset and frustrated that there was nothing being done to bring dolphins back to Niagara Falls.

So when I had the floor, I ignored the script in my hand and asked a different (better) question:

“What are you doing to help bring dolphins back to Niagara Falls?” I demanded of Representative Reynolds.

There are a number of things wrong with this question. One of those things is that I asked the question in the first place. The other is that, not only did I want dolphins in Niagara Falls, but I wanted them BACK in the falls… meaning that I thought they were there in the first place.

I can’t say this for certain, but I’m pretty sure the Congressman had never been ambushed like that before. He tried to put together an answer, not sure how to address an absurd question that was asked by such a serious second grader. I could sense my second grade teacher’s glare from somewhere behind me, but I never broke eye contact with the Congressman, refusing to let him off the hook.

My teacher let him off the hook, though, and asked him to move on to the next question. You know, a question directly related to government, his job, ‘Murica, etc. Dolphins were going to be tabled for another time.

At the end of the day when my Mom was picking me up from school, my teacher informed her of my rogue mission. She more or less said  I was a delinquent and a threat to national security.

Much to my relief and my teacher’s disappointment, my Mom started laughing. This is all you need to read in order to know that I was raised right.

This concludes my very brief career in politics.

You may think that this blog post is supposed to serve as some sort of an apology to Representative Reynolds.

One, because he actually ended up in some sort of scandal toward the end of his career (like the best of ’em). Two, because it’s up to us to keep our politicians honest and accountable, and we also need to fight for what we believe in. For some people that means standing up for LGBTQ rights and or women’s reproductive rights. For others it’s climate change and affordable health care for all. Of course, I believe wholeheartedly in all of these causes.

But honestly, if I don’t fight for the rights of the non-existent dolphins in Niagara Falls, who will?

8 thoughts on “Erin and the Congressman”